5 Foods That Burn Away Fat 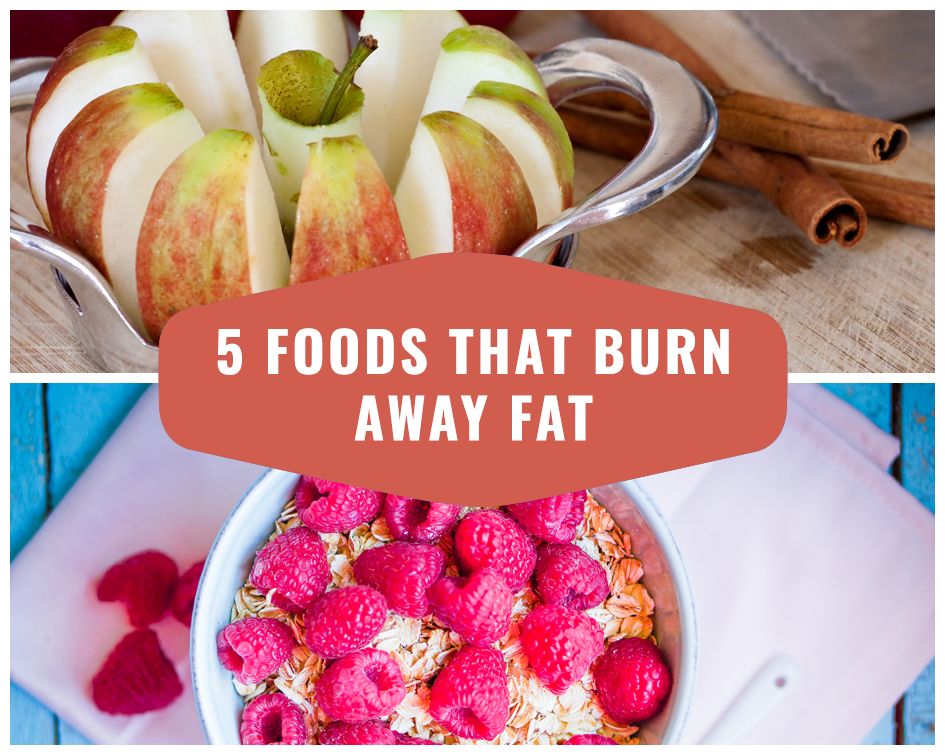 If there's one mistake that's sabotaging diets all over America, it's this: Thinking that food is your enemy in the battle against fat. In reality, nutritionists say, some foods actually turn up the heat on your metabolism, boosting the body's ability to burn fat.

Pack your diet with these 5 foods, and the pounds will peel off faster -- and with a lot less misery.

To keep the pounds at bay, eat an apple–or two–a day. Apples are high in pectin, which binds with water and limits the amount of fat your cells can absorb. Apples are also high in fiber, which makes you feel full; numerous studies have found that eating an apple a half hour to an hour before a meal has the result of cutting the calories of the meal.

Recent research suggests eating apples has other benefits, too; the antioxidants in apples appear to prevent metabolic syndrome, the combination of high cholesterol, high blood pressure, and prediabetes that tends to accompany thickening around the waist.

Wrongly tarred with the "carb" brush, oats are whole grain and are high in soluble fiber, so they cut cholesterol and blood fat. They're also high on what nutritionists call the “satiety index,” meaning oats have tremendous power to make you feel full. Oats digest slowly, so they don’t raise your blood sugar, and they keep you feeling filled up well into the late morning.

Okay, so it's not exactly a food, it's a spice, but so much the better; it doesn't add calories, while helping you burn fat. According to a recent study of diabetics, cinnamon appears to have the power to help your body metabolize sugar. Eating as little as 1/4 to 2 teaspoons of cinnamon a day was found to reduce blood sugar levels and cut cholesterol from 10 to 25 percent.

So add cinnamon to smoothies, sprinkle it on your cereal, or flavor your coffee with it.

Rich in heart-healthy fatty acids, particularly the aptly named pinolenic acid, pine nuts has been found to boost levels of the so-called "satiety hormone," ghrelin, which signals your brain that you're full. When ghrelin levels are high, not only do you not feel hungry, you're more able to resist cravings. According to studies done in Korea, a big producer of pine nuts, these same fatty acids have been shown to prevent the formation of belly fat, considered the most dangerous kind.

In another report on foods that help you lose weight, I discuss almonds, which have many of the same benefits as pine nuts.

In case you hadn't heard, eggs have been rehabilitated. In fact, nutritionists wish those warnings about the dangers of eggs had never been issued.  Because they're a concentrated form of animal protein without the added fat that comes with meat, eggs are a nutritional powerhouse and the perfect way to start your day with a "bang" of energy. (And they're fine, at least in moderation, for those restricting cholesterol, too.)

Dietary studies have repeatedly found that when people eat an egg every morning in addition to (or instead of) toast or cereal, they lose twice as much weight as those who eat a breakfast that’s dominated by carbs.