Mental Benefits of Jogging and Running 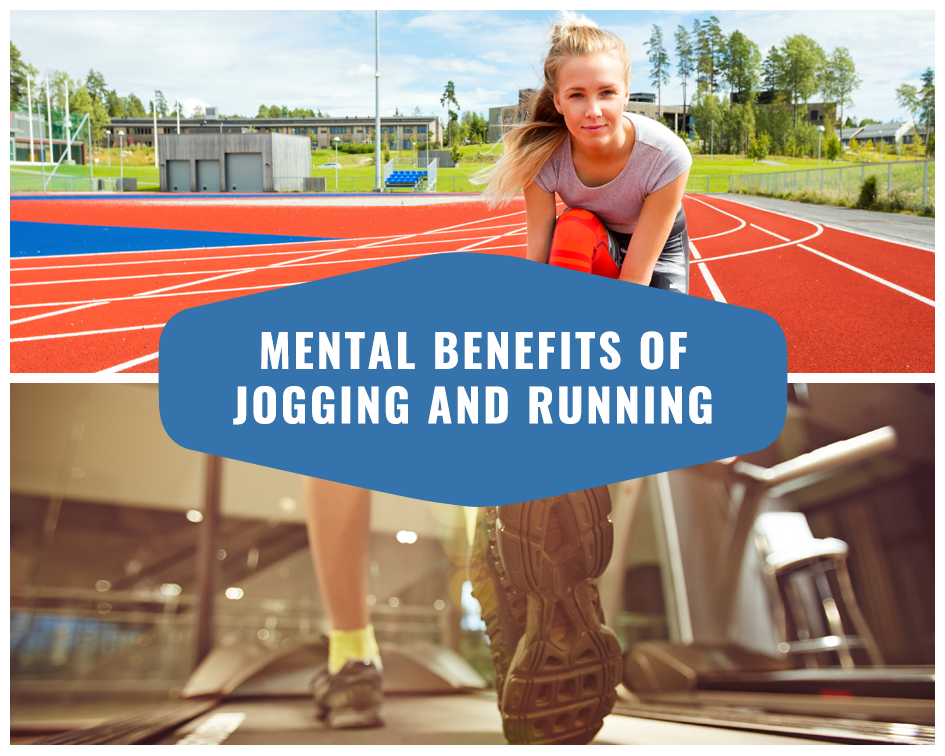 Aside from the physical health benefits of jogging or running, there are also many psychological benefits as well. Some of these include increased mental flexibility, confidence, stress relief, and the emotional boost of the runner's high.

Jogging and running are aerobic cardiovascular exercises. Such activity sends more nourishing blood to the brain, which can help you think more clearly. It also releases your natural mood-elevating compounds.

The challenges that running presents can also help you learn more about yourself, lessons that can carry over into other areas of your life.

Changes in Your Brain

Running can help train the mind as much as it trains the body. You learn to focus and determination to overcome obstacles and fatigue. You get a new view of large and small problems and your capabilities to endure and overcome them. The will and strength that gets your body through long runs or out the door when you'd rather skip a training run are what, in turn, gives you strength in other areas of your life.

It also leads to changes inside the brain itself. In a study published in the Frontiers in Human Neuroscience, researchers scanned the brains of competitive distance runners. What they found was that the runners had more connections between the frontal-parietal network and other areas of the brain that are associated with self-control and working memory. The researchers believe that this is due to the increased aerobic capacity and cognitive demands of running.

Running may also help in the development of new brain cells. Exercise is one of the key factors associated with the growth of new neurons in the brain, a process known as neurogenesis. In animal studies, distance running, in particular, was associated with increased cell growth.

Evidence also suggests that running might have unique benefits for the brain. In a study comparing participants who engage in interval running training versus those who participate in a physically active lifestyle, the runners showed the greatest increase in cognitive flexibility. Running improves your ability to change between mental tasks quickly and efficiently.

Being more cognitively flexible means that when faced with problems you have the ability to quickly switch gears, adapt quickly to change, and come up with a new plan of action.

Boosts to Self-Esteem and Confidence

Running builds confidence like a few other individual sports can. It allows the runner to defeat trial after trial, growing stronger and surer of themselves with each footstrike.

It allows you to truly climb hills and clear obstacles. It provides a feeling of empowerment and freedom that comes with knowing that your legs and body are strong and capable.

Researchers have found that participating in physical activity such as running and jogging are directly related to better self-esteem. Regular exercise led to improved perceptions of fitness and improved body image, both of which were linked to improved self-esteem.

Being able to observe how far you’ve come in terms of your mileage, time, or overall running ability can be highly motivating and confidence-building.

Stress relief is another valuable benefit of running or jogging. Going for a jog might improve your mood in the short-term by helping get your mind off your troubles, but it can also lead to longer-lasting stress relief benefits.

Research suggests that sticking to your running regimen in times of stress leads to greater resilience, meaning you are better able to handle the challenges life throws at you.

Experiencing that “runner’s high” triggers feel-good emotions that can boost your mood and reduce stress. Researchers believe that these positive feelings happen because running triggers the release of endorphins. Using brain imaging, researchers have shown that a long-distance run increased opioid binding throughout several areas of the brain, which resulted in participants feeling a subjective sense of euphoria.

In addition to relieving daily stress, running and jogging can have positive influences on your attitude. The endorphin rush you feel during a run can lead to that burst of well-being or just a general sense of happiness.

Less tension, less depression, less fatigue, and less confusion are just a few of the changes that patients have seen after beginning a regular running program. Running gives something for them to focus on, allowing them to see something besides their depressed state or addiction.

Running or jogging is not a mental health panacea and additional research is needed to determine its exact impact on the prevention and treatment of psychological conditions. Because depression is characterized by low energy and a loss of interest in previously enjoyed activities, people with symptoms of depression may find it more difficult to stay motivated to run.

Running certainly good for the body, but evidence reveals that it has many important benefits for the mind as well. Whether you're a casual runner or a dedicated marathoner, your running routine can confer a number of positive mental effects.